How Andy Cook Cycling got 2,100 people on bikes this September

Home » How Andy Cook Cycling got 2,100 people on bikes this September

How Andy Cook Cycling got 2,100 people on bikes this September

It’s been a big month for Andy Cook Cycling. Since August 30th, the team have worked flat-out to deliver many high-quality cycling events. From corporate team-building days to mass-participation charity challenges, we’ve been able to share our passion for cycling with a huge array of people from all walks of life. This is why we ride.

On August 30th, we took a team of 40 Savills employees on a tour of the Isle of Wight. The event was a team-bonding day in memory of a colleague who had sadly passed away and was a fitting tribute to a keen cyclist and beloved work-mate. We liaised with the team from Savills to create a unique cycling event tailored to their needs – from bike hire to separate routes for different abilities to ride leaders for each group – and we even prepared a luxury picnic lunch at Freshwater Bay for after the ride, with homemade baguettes, antipasti and salad.

To round the day off, we sent the riders onto the ferry with a mini bottle of Laurent Perrier and a straw each! Overall a great day out for all: “Thank you so much for all of your hard work and for dragging around, probably one of the most, challenging groups you have ever had. It was a fantastic day out and ultimately enjoyed by all – especially after a bath and a beer!!” 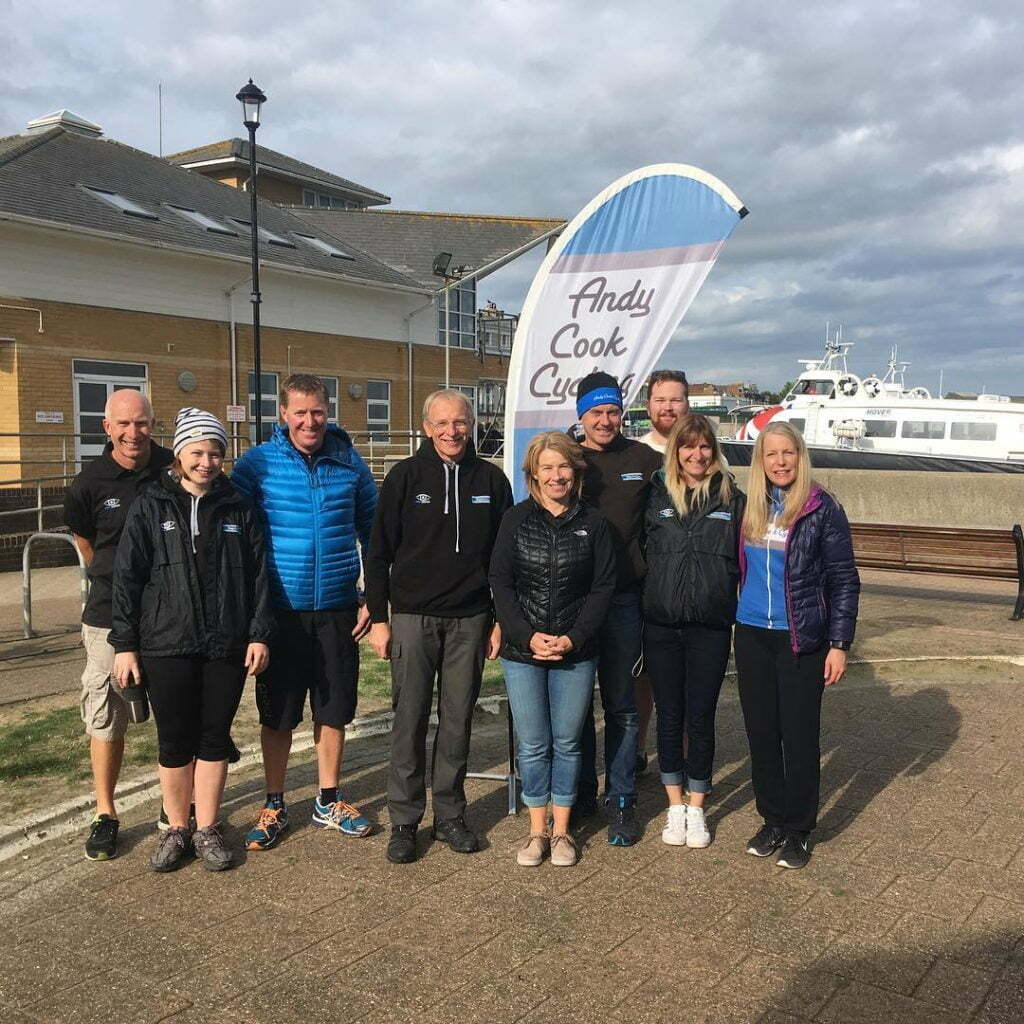 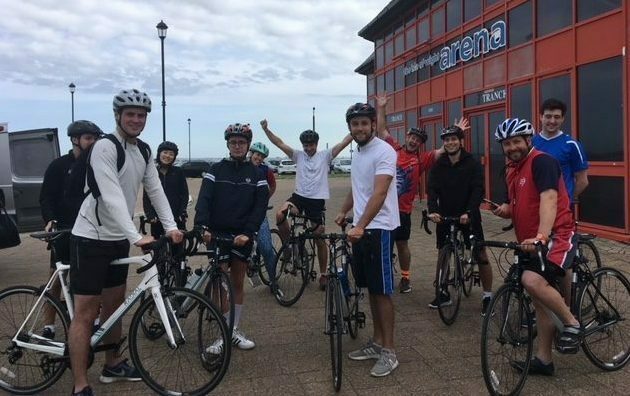 Looking to motivate or reward your staff, treat your clients, or fulfil CSR initiatives?

New route proves a success for the Deloitte Ride Across Britain

Andy Cook Cycling has been involved with the Deloitte Ride Across Britain since it’s inception in 2010. The organisers of this epic event – arguably one of the biggest and best mass-participation non-competitive rides in the world – hire a team of Andy Cook Cycling managers, drivers and ride chaperones to support the delivery of the 980-mile cycle from Land’s End to John O Groats every September. Andy Cook is also responsible for the route design – a very tough job considering the criteria which has to be met, namely that the route be scenic, safe, with smooth road surfaces, not too many hills (but not too flat and boring!), and be an average of 110 miles per day so that the clients reach John O Groats in no more than 9 days.

For the 2018 version of the RAB, two and a half days of the route were changed, taking the riders away from the very busy A82 and instead of providing a stunning journey through the Cairngorms National Park, over the Forth Road Bridge and up the iconic climbs of Glenshee and the Lecht. Despite some reservations from riders of previous RABs that the event wouldn’t be the same without the stunning vista of Glencoe on Day 7, all doubts vanished as the riders took on Days 6, 7 and 8 of the new route: “Climbing the Lecht was the hardest thing I’ve ever done – but completely worth it” “The new route is better than ever before – thank you!” “I thought nothing could beat Glencoe – but I was wrong!”

We’d like to say a huge thank you to our 40-strong crew of chaperones, signage team and support drivers, and also to the crew from Threshold Sports who make this event the success it is. Most of all – we’d like to say a massive thank you to the 750+ riders who dug deep, pushed through the pain and made it to John O Groats on Sunday 16th September. Chapeau. 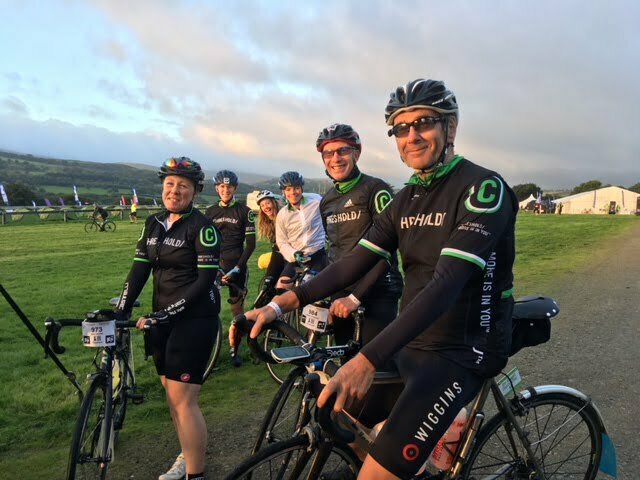 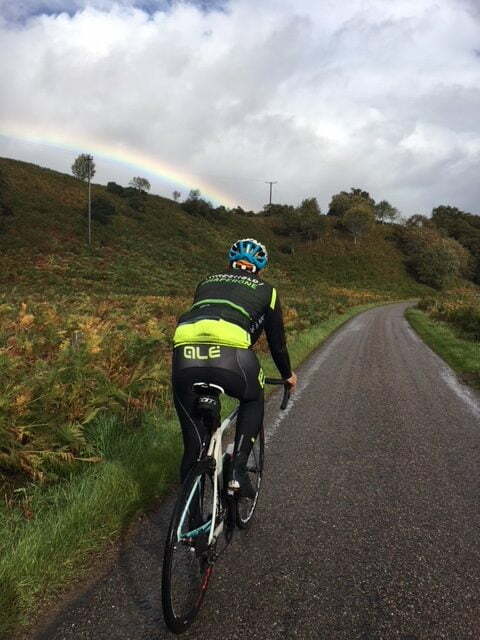 Twice in September, a strong team of Andy Cook Cycling mechanics, support staff and chaperones supported the Women V Cancer London to Paris cycle rides. An ACC-designed route took two lots of 150 female cyclists from London to Portsmouth across the water to the pretty port of Caen and then through stunning scenery and along quiet French roads all the way to Paris and the finish line at the Place Joffre. The women – who ranged from novice cyclists to seasoned Women V Cancer ride participants – were raising money for three worthy cancer charities, and all who took part had a brilliant, if sometimes challenging, experience. The banter and camaraderie between the riders and the crew were exceptional on each of these two events which made for an extremely enjoyable 3 days for all involved. We’re looking forward to the third and final version of this event – starting on Thursday 4th October! 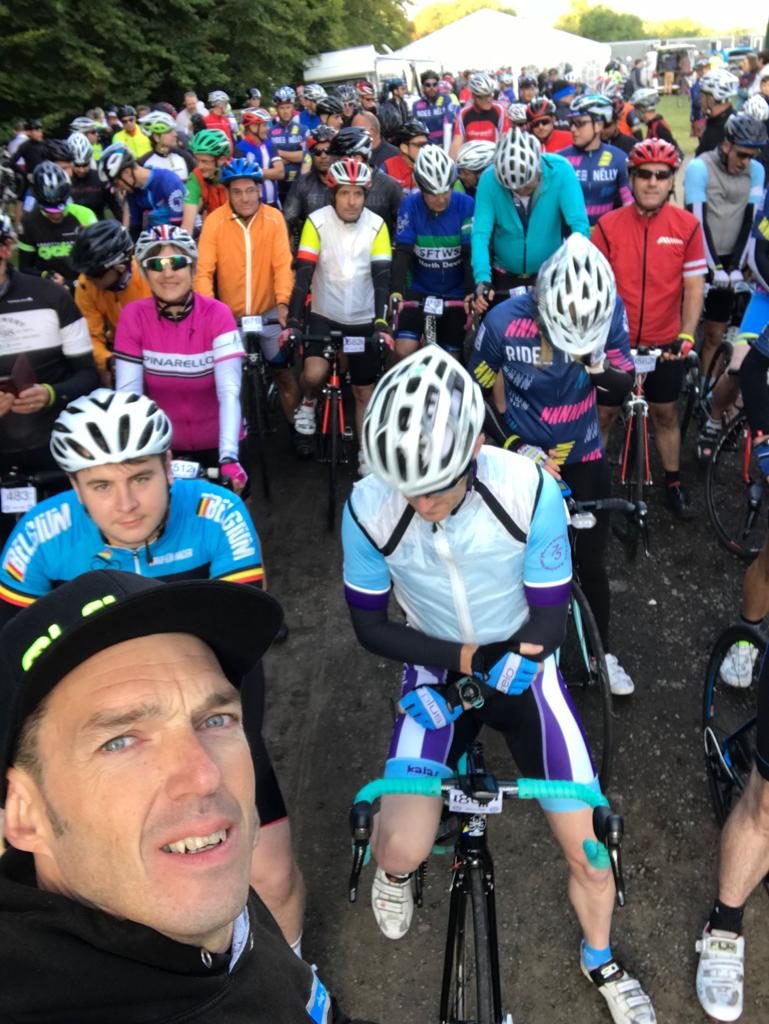 As you can see, it’s been a full-on month here at Andy Cook Cycling. We’re not slowing down at all as we head into Autumn however – October sees the final London to Paris event, the 1500-rider British Heart Foundation Manchester to Blackpool night ride, a London to Frankfurt ride for Deutsche Bank and the Cure Leukemia Trust, the Vitesse Goodwood Race Series, plus we have our own Autumn Mallorca Camp from October 13th-20th. Phew! Watch this space for news and updates from these exciting events.

Featured photo by Threshold Sports. Other photos by various.